Abstract :  One-step reactive melt processing (REx) via radical reaction was evaluated with the aim of improving the rheological properties of poly(ε-caprolactone) (PCL). In particular, a water-assisted REx was designed under the hypothesis of increasing crosslinking efficiency with water as a low viscous medium in comparison with a slower PCL macroradicals diffusion in the melt state. To assess the effect of dry vs. water-assisted REx on PCL, its structural, thermo-mechanical and rheological properties were investigated. Water-assisted REx resulted in increased PCL gel fraction compared to dry REx (from 1 to 34 %), proving the rationale under the formulated hypothesis. From dynamic mechanical analysis and tensile tests, the crosslink did not significantly affect the PCL mechanical performance. Dynamic rheological measurements showed that higher PCL viscosity was reached with increasing branching/crosslinking and the typical PCL Newtonian behavior was shifting towards a progressively more pronounced shear thinning. A complete transition from viscous- to solid-like PCL melt behavior was recorded, demonstrating that higher melt elasticity can be obtained as a function of gel content by controlled REx. Improvement in rheological properties offers the possibility of broadening PCL melt processability without hindering its recycling by melt processing. 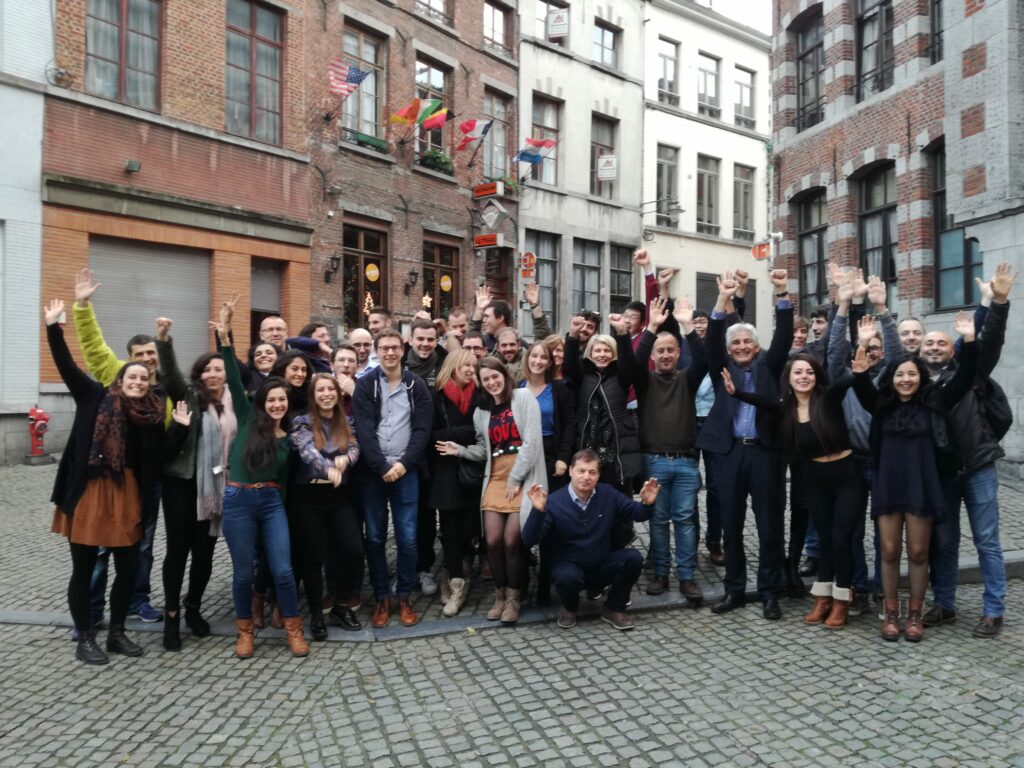 Laboratory of Polymeric and composite materials : A lab shared between University of Mons and Materia Nova Research Center
Twitter Linkedin